By yule, I mean the 'period extending from December 24th to January 6th.' Or January 2nd for me as I'm back to reality, a.k.a. work before all the hang-over is over.  This is the first yule in five years that I stayed put in Bangkok. No crazy wrestling of crowds at airports, no time-limited tours around exotic places in neighboring countries, just good old apartment with films, little hearty meals, music, a few international dials to communicate with family beyond the South China Sea 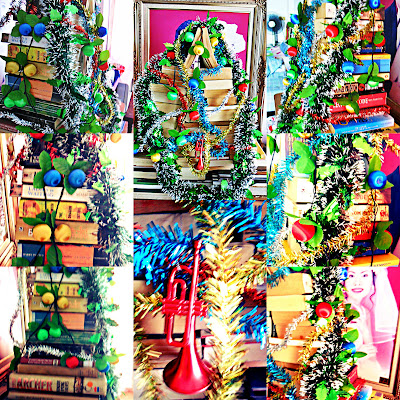 and well, one shopping that got a bit out of control. But things happen and there's always a first so while I was at one I thought I'd just forgive myself, and go feel the joys of the season. Before I tried putting up a book Christmas tree after seeing the idea from Book Riot on Facebook, yule began with routine visa and work permit renewals at Government House - 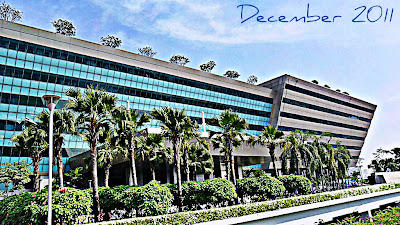 which was accomplished smoothly last year, but a bit complicated this year with a tiny irregularity spotted on a document- something between the Thai government and my employer and was quickly sorted which meant I could get on with the holidays without worrying whatever was happening to my immigration status. I kicked off celebrations with a trip to this 11000-seating capacity arena 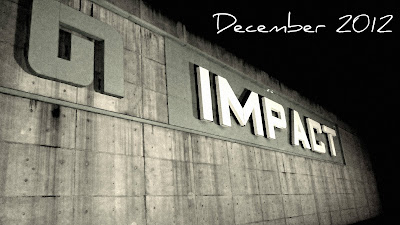 for a night of memories induced by Candle in the Wind among many others, and sweet longing to give the kiddo a tight hug when his fave Lion King emanated from the grand 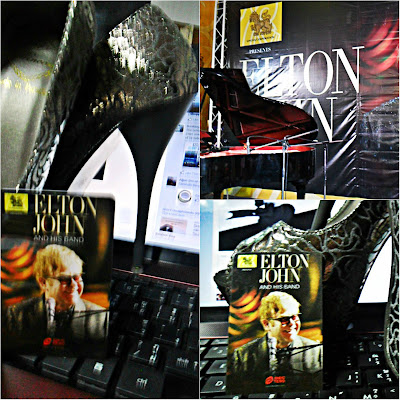 How time expands many things. And how I wish it spared the waistline 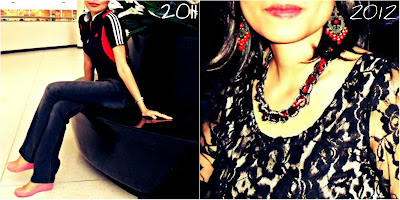 Horror of horrors: expansion is ongoing. I tried to temper that by welcoming the nephew's turn to be grounded on the piano, and coming, albeit late, to his recital. The niece, a guest performer, pleasantly shocked me with her weed-like growth. I probably should see them more often. 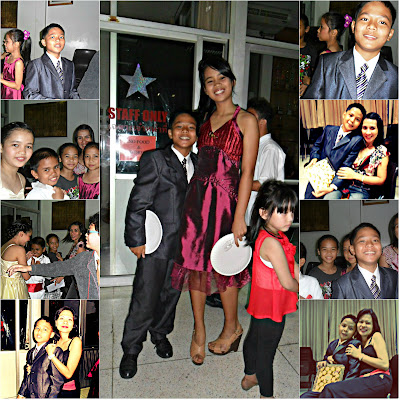 Meanwhile at work, there were finals to invigilate. We make do with this view from the 5th floor window - beginning stages of an offshore company party 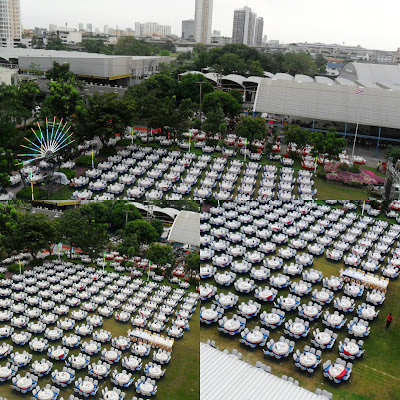 and then to the heart of the celebrations 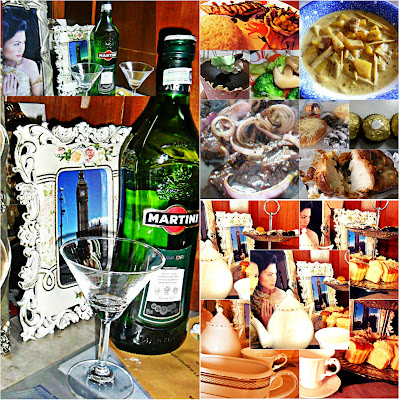 Disclaimer: good girls stay sober throughout yule. Countdown 2013 was as clear as these carolers resemble those in Frances May's Tuscan Christmas 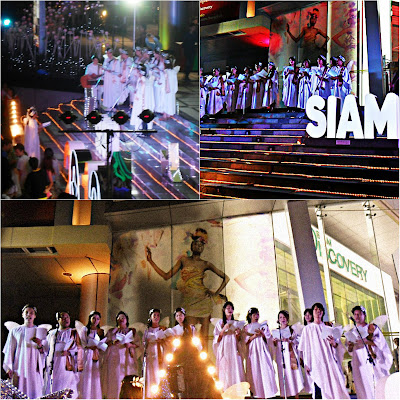 The star of Siam shines on 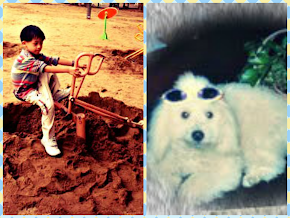 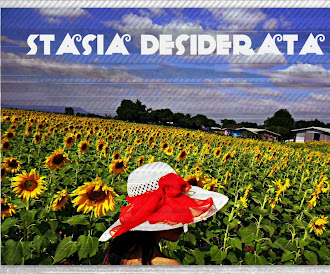 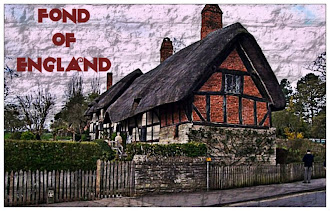